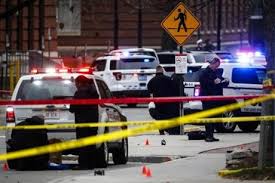 The terror attack at Ohio State should open our eye’s to a truth that our nation has ignored for too long, at our own peril. Our nation has feared for too long the weapon but not worried about who has held it. Those in power have used this rational to follow the guns but now the terrorists have proven that they will use common items to perpetuate their hideous acts of violence.  How can we defend ourselves against an individual that would use a common car to kill and maim the innocent? Are we to outlaw or register every person who wants to buy a common kitchen knife? Let us learn from the  horror that occurred at  Ohio State that we must follow the individual who would act in such a despicable way instead of worrying about the tools they might use for evil.