Wednesday, 04 November 2020 by Bruce
No Comments 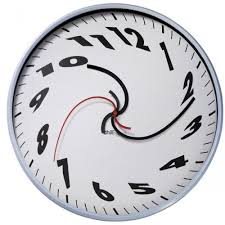 I don’t have time to express anger, disappointment or any other negative emotion to those who have hurt me. These emotions take up too much vital space when time is a running. Time that could be spent building new ideas, expressing happiness for all the incredible things in my life or simple vital signs such as breathing on my own. Imagine how much time is taken up trying to prove a point that your opponent will truly not get but concede to just to move on.   It’s not that I won’t make a simple direct expression but G-D willing it will be just that and nothing more.  Of course as a human I have my boiling point but I hope it occurs when it’s boiling not when a few bubbles appear. Life is too short to harp on the clouds even as rain might be falling for in between are breaks of sun which I want to baste in as long as I can.

FOOTNOTE– For some this might be conceding defeat but for me it’s moving on and moving ahead for the train is still going even if my foot is still on the platform.