Wednesday, 04 November 2020 by Bruce
No Comments

Films that were SHOCKINGLY ….. BAD 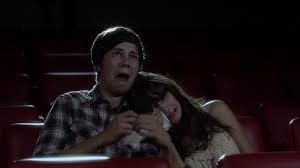 There were movies in your life that were so “SHOCKINGLY BAD” that they led to emotions of real sadness or was it anger?  These movies were hyped up in your head until that head had to watch this mess on the big screen. Here are a few I’ve tried to forget but still bring tears to me eyes.

(1) LONE RANGER- I was so excited to see this film because this was something my father enjoyed as a child. If this was a metaphor for my father’s experiences as a child I would have left half way through which I did.

(2) BONFIRE OF THE VANITIES- One of the greatest books turned out to be one of it’s worst movies of all time.

(3) DUMB & DUMBER (ANY PART) – Jim Carrey could make you laugh in most of his films but this one just made my cry and cry.

(4) TED 2- Maybe Ted should have died in Ted or at least been reincarnated for Ted 3.

(5) Any Superman movie- For some reason this Super Hero can’t fly.