I have a secret that I probably shouldn’t reveal but due to my rebellious attitude I will… YOU are a Bud Rebel. If you’re play Cow Bell to a different beat and don’t break other’s ear drums then I hear the Bud Rebel song playing. Here’s a few more examples (below) and as YOU meet other’s compliment them on their wonderful Bud Rebel style. They may not know what it means initially but that’s part of your own rebellious nature.

(1) The individual that steps into the fire but is willing to bring the flame down when it’s about to  EXPLODE. They do this  not by changing their values or ideals but changing the topic.  Examples include Steve Baldwin & Joe Piscopo.

(2) An Individual that waves a different flag then what is expected by their race, religion or ethnicity but at the same time doesn’t poke one in the eye with it.  One can see examples from Candice Owens & Adam Sandler.

(3) One who breaks the beaten trail by not repeating the same Mantra they are supposed to say by being in one’s group. These individual include Tulsi Gabbard and Tucker Carlson.

(4)  YOU- Just being yourself when everyone around you is conforming to the P.C Police and/or mold fitters and still being the lovable/likeable Buddy you are. 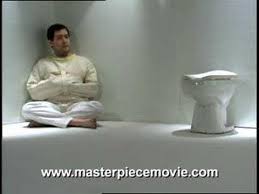